If you've been arrested for domestic violence in Missouri, you need an experienced and aggressive attorney who can fight to uphold your constitutional rights and protect you from harsh penalties. 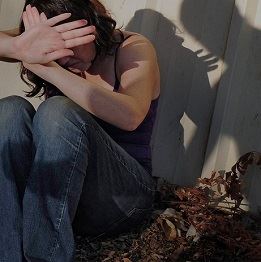 Judges, prosecutors, and even society want to enforce maximum consequences for domestic violence crimes because they see the sentencing process as a chance to pass strict moral judgment. However, all allegations come with nuances that others may not take the time to understand.

Our job as St. Louis domestic violence defense lawyers is to provide context to your case and protect your rights against prosecutorial overreach. Without someone to make this effort on your behalf, you could end up with a felony on your record.

Domestic violence is a term used to refer to a wide range of actions committed by one person against another in any type of domestic relationship, including marriage, cohabitation, and family relations. There are a number of crimes that can constitute domestic violence, virtually all of which are viewed negatively by much of society and punished harshly by the criminal justice system.

While emotional abuse and physical violence are common classifications for these charges, domestic violence can include a number of crimes and abusive actions, such as:

In Missouri, both a man and a woman may be arrested for altercations that lead to violence. Regardless of whether you instigated the incident or defended yourself by fighting back, you may still be arrested for domestic violence. Familial disputes pose a number of complications for law enforcement officers, but as laws are rigid, they often make arrests and place the burden of proof upon defendants.

If you are facing charges for domestic assault, it’s important to retain a strong St. Louis domestic violence defense attorney right away. The potential penalties are too serious for you to leave your future to chance.

When Does a Fight Become Domestic Assault?

Any violence against a “domestic victim” – that is, a member of one’s household or family – is considered domestic assault.

Why does this matter? Though slight, there are differences between Missouri’s general assault laws and domestic assault laws. Therefore, you may find yourself facing harsher penalties for a domestic accusation simply because the accuser fits this definition.

How Domestic Violence Is Prosecuted in Missouri

In light of the increasing attention domestic violence has gained in the past few decades, there has been a wave of initiatives, legislation, and awareness spreading throughout the country. Throughout the past several years, the state of Missouri has amended and enacted a number of domestic violence laws, many of which subject offenders to more severe criminal penalties.

What does this mean to those who stand accused of domestic violence?

Although intimidating, the legal process and penalties you face can be successfully handled, mitigated, or avoided by working with the St. Louis domestic violence attorneys at our firm. Former prosecutors who have handled these cases from both sides of the legal arena, our lawyers are prepared to ensure that your rights are protected and that the most favorable resolution is secured.

Penalties for domestic violence charges will differ according to the charge and your prior criminal record. As misdemeanors or felonies, you can expect large fines and lengthy terms of imprisonment. Multiple offenses, serious injury, and the use of weapons or firearms will also heighten these punishments.

In addition to the severe criminal consequences, domestic violence convictions will subject you to widespread scrutiny from a society that has become increasingly opposed to such behavior. Having a domestic violence charge on your record can impact your life beyond the criminal penalties handed down by the court.

Given the severity of these crimes, crafting a sound defense strategy and executing the plan during the negotiation or trial is of the utmost importance. With more than 100 criminal jury trials under our belt and unparalleled knowledge of criminal law and the prosecution's tactics, you can trust our domestic violence attorneys in St. Louis to deliver the skilled representation you require.

We know that domestic violence cases are immersed in emotion, strained relationships, and personal matters, and we know that wrongful accusations, misinterpretations, and other factors can lead to these serious allegations. As such, we do our best to extract the facts, convincingly present your case, and fight as aggressively as necessary on your behalf.

Degrees of Domestic Assault in Missouri

Even as the least serious accusation of domestic assault, you will face a Class A misdemeanor charge. If you are found guilty, you could have to pay up to $2,000 in fines and/or spend up to a year in jail. Even this “lesser” punishment could seriously disrupt your life. The state can win a conviction for domestic assault in the fourth degree if they can prove you targeted a domestic victim and:

Fourth-degree domestic assault is the only type that is considered a misdemeanor and, if the accused has previously committed assault, the charge will be enhanced to a Class E felony.

A Class E felony, domestic assault in the third degree can come with a prison sentence of up to four years. This is not to mention the fact your record will show you are a violent felon, which could be a barrier to getting a job, renting an apartment, and accessing other essential services.

Notably, third-degree domestic assault charges usually only apply in situations where the victim was not injured. Higher charges can be made when a domestic victim suffered due to an attack.

In instances where the accused knowingly or recklessly causes injury, they may face a Class D felony charge. There is no “mandatory minimum” prison sentence someone must face after being convicted, but you could face up to seven years in state prison. An important thing to note about domestic assault in the second degree is the statute’s specificity regarding the severity of the situation. If any injury is recklessly caused, it must be serious; otherwise, the defendant cannot be charged at this level.

Similar to the above charges, a conviction for domestic assault in the first degree requires the state to prove the defendant:

The law specifies only that a defendant must attempt a vicious or deadly attack. This leaves a dangerous gap where a prosecutor may try to argue the injury you threatened may have been a “serious” one to try to win a conviction at the highest level. If the victim is uninjured, the defendant will face Class B felony charges; if the attack succeeds, the charge will be a Class A felony. Class B felonies are punishable by five to 15 years in prison; Class A felonies could result in a life sentence.

Call The Hammer Law Firm for the Help You Need

When facing a domestic violence allegation, you can expect thorough investigations into all aspects of your personal life and a strong public opinion that may influence the outcome of your case. Having legal representation can help protect your rights, defend your reputation, and ensure that your case proceeds smoothly. Domestic violence cases can also be increasingly complicated by other circumstances, including family law matters.

Protection orders, divorce proceedings, and child custody battles can all be hinged on the conviction or dismissal of a domestic violence charge. Combined with fines and possible terms of imprisonment, there can be a great deal riding on the successful outcome of your domestic violence case.

To set up a free case evaluation or to speak with a qualified attorney from our firm, contact a St. Louis domestic violence lawyer as soon as possible.